I have ‘YRU FAT’ as my license plate.
When I first ordered and picked them up, I seems that the ladies at the DMV didn’t like me or my plates very much.
NO surprise there!
It gets a lot of responses around town; mostly people who see the humor and laugh.
Nobody has flipped me off… yet!
As a matter of fact, I think my license plate might be one of the most photographed plates in Oregon.  I frequently look in my rear-view mirrors to see someone in the car behind me holding up their camera phone trying to get a picture.  I don’t mind it when we’re stopped at a red traffic light.  It just gets a little unnerving when they’re riding behind me down the highway at 60 m.p.h. trying to watch the road and take a picture.  If they would just come to this site, they could safely get the picture they want.
So, let’s talk about it.  What does YRU FAT really mean?
No one should get upset. It’s simply a question. “Why are you fat?”

YRU FAT is simply a question and it’s a question that initiates the process of change. We can’t find the real solution until we identify the real problem. So if you’re fat, and many people are, …answer the question.  Do YOU understand what is actually causing you to be fat? It may not be and probably isn’t what you initially think. Often, the answer lies at a much deeper level.

After 20+ years of experience as a Master Fitness Trainer, I have worked with enough people and professionals to know obesity is typically the symptom to a deeper issue. The issue is often emotional. Most obese people I meet have been emotionally, verbally, mentally and/or physically mistreated. Food becomes their comfort. Obesity becomes their rationalization and even their defense.

Here are a few examples:

A young lady in her thirties hired me as her trainer when she weighed 250 pounds. This was after she lost 150 pounds through gastric bypass surgery. Therefore, at her peak she weighed an astonishing 400 pounds. Here is the really amazing part of her story – before she climbed to 400 pounds, she was a 160-pound Marine. What would cause a 160-pound Marine to gain 240 pounds??? She was raped. Obesity became her defense. She felt safer being fat and unattractive.

Another young lady and her husband met me in my office. She weighed 230 pounds. Throughout our interview she made the following comments, “10 years ago I weighed 130 pounds.” “10 years ago I was in great shape.” “10 years ago I could run a marathon.”
She was subconsciously begging me to ask the question: “So what happened to you 10 years ago?”
Her eyes flooded with tears and in one breath she said, “My mother committed suicide and she was never happy about my weight.”
You don’t need a psychology degree to know these two statements are directly related and had a direct impact on her weight gain. I advised her to see a qualified counselor before working with me because…
YOU CAN’T FIX THE PHYSICAL PROBLEM UNTIL YOU SOLVE THE EMOTIONAL ISSUE!

Here’s one more example: I know a personal fitness trainer who left his career to become a sales representative. When he started his new sales career he weighed 190 pounds. He kicked-butt in sales but, at the end of his sales career he was burnt-out, unhappy and weighed 230 pounds. He returned to his first passion as a Master Fitness Trainer and now weighs a lean 200 pounds. What would cause a 190-pound Triathlete to gain 40 pounds? Stress, anxiety, job dissatisfaction. That guy was me. I was in the wrong career, I wasn’t happy and it showed. I ate too much of the wrong stuff WHEN I WAS STRESSED! Food became my escape. Whenever I gain excessive fat pounds, I have to examine what is causing me to stress unnecessarily. That is my “Why”.

So, answer the question.
I know my “Why”.
What’s yours?
Once we figure out the real cause of the problem, we can work together on the correct solution. 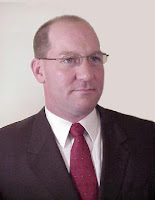 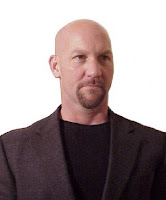